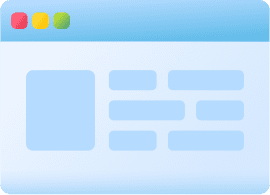 Chat with us on WhatsApp This is an amazing mental totaling effect. No forces .No sleights or Multiple outs. Magician shows five double back cards. Each card has two different numbers printed on either side of it. There are five paper cases, one for each card. The cases are used to completely hide the numbers on the cards. The magician asks a spectator to mix the five cards then place them one by one in the cases in any sequence and with any side of the card being front or back, according to his freewill. After placing the cards in the cases he should place them on the table. As he dose this, the magician looks away. He has no idea which case has what card with what number on it. Magician turns towards the audience and instantly calls out the total of the numbers on the face of the cards as arranged by the spectator. The spectator is asked to take out all the five cards from the case one by one without turning them. Amazingly the total of the numbers on the faces of the cards matches exactly with the total magically called by the magician. This can be repeated . The total will most likely be different every time.

We hate spam too.